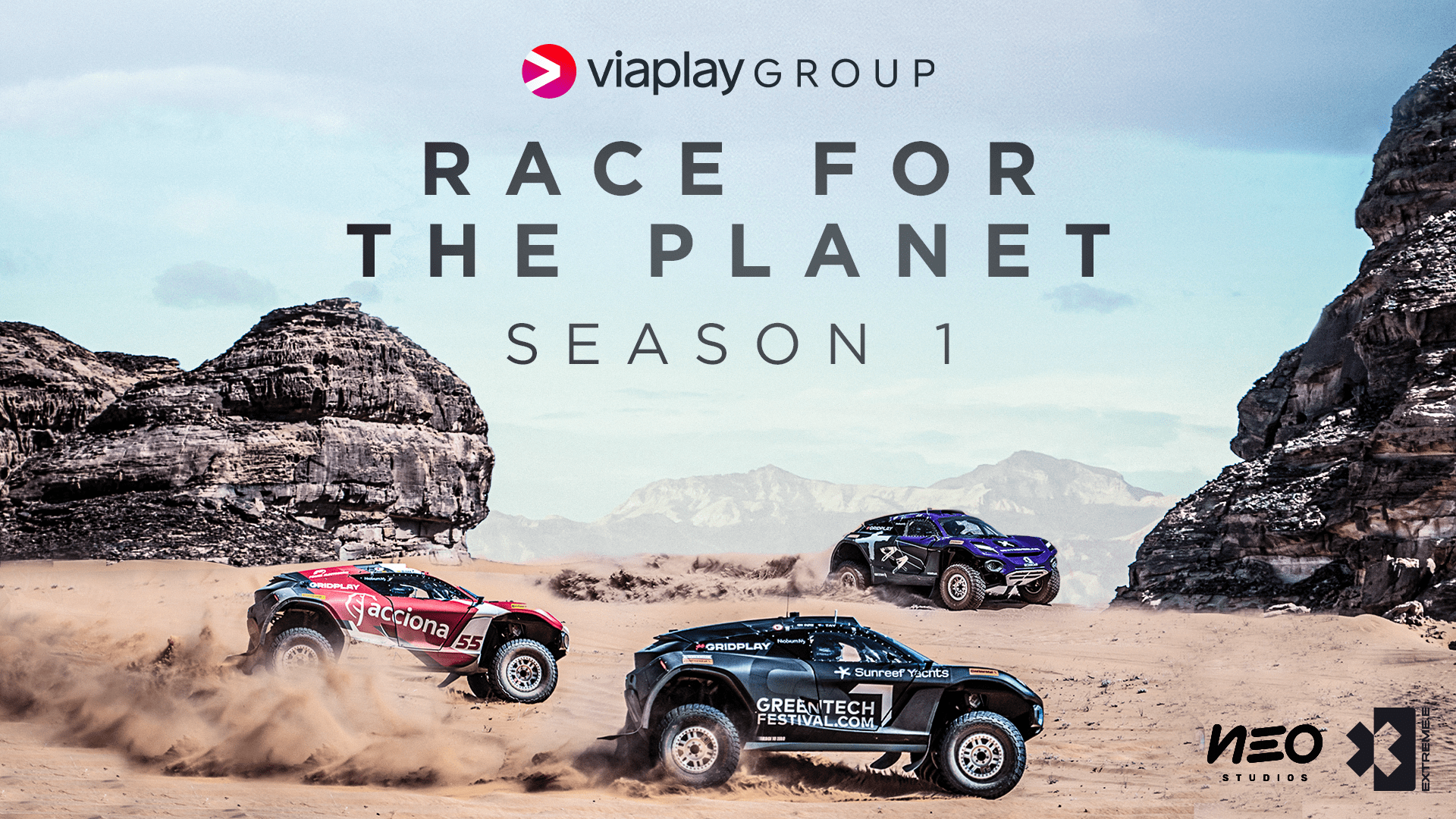 Season 1 of the ground-breakingExtreme E racing series has been captured in unprecedented detail in the documentary series ‘Race for the Planet’, and is now set to launch on Viaplay in Baltic and Nordic countries, Netherlands, and Poland on 26 August.

Beginning in the historic Saudi Arabian desert and taking in the ecological and geological diversity of island, arctic and coastal circuits, the monumental landscapes form an extraordinary backdrop to the skill of the drivers and teams competing in a pioneering racing series. Senegal, Greenland, Sardinia, and theUnited Kingdom’s “Jurassic Coast” provided a further spectacle in what was a thrilling Extreme E 2021 Championship.

Executive-produced by the award-winning global studio NEO Studios, audiences will find much to enjoy in the five-part series covering Extreme E’s inaugural season, from the spectacular racing and all-electric cars to the stories behind the teams, and from the commitment to gender equality to the pressing environmental issues the series brings to life.

Ali Russell, Chief Marketing Officer at Extreme E, said: “We are delighted that our‘Race for the Planet’ docu-series will be available to a whole new audience on Viaplay’s streaming platform.

“Scandinavia in particular has such a rich history and passion for off-road racing, and is also forward-thinking in its efforts towards electrification and reducing emissions – an ethos shared by our pioneering championship. We can’t wait for them to see all of the behind-the-scenes stories of our sport for purpose series.”

Kevin Hansen, JBXE driver, said: “Itis amazing that ‘Race for the Planet’ will be coming to Scandinavia on Viaplay.

“When I watched the series for the first time earlier this year, I really enjoyed it. There are so many stories to tell in Extreme E, both on and off course, and ‘Race for the Planet’ really captured it. The film crew also came to Sweden to get a look behind the scenes at Hansen Motorsport, our HQ for theWorld Rallycross Championship, which was really fun, but I don’t want to give too much away before people watch it! I think fans will really enjoy the series.”

“The dramatic race footage, the talent and compelling stories of the drivers and teams are a major part of what makes this series so enjoyable. We also know that the powerful messages regarding climate change, the environment, and our planet will equally resonate with the audiences.”