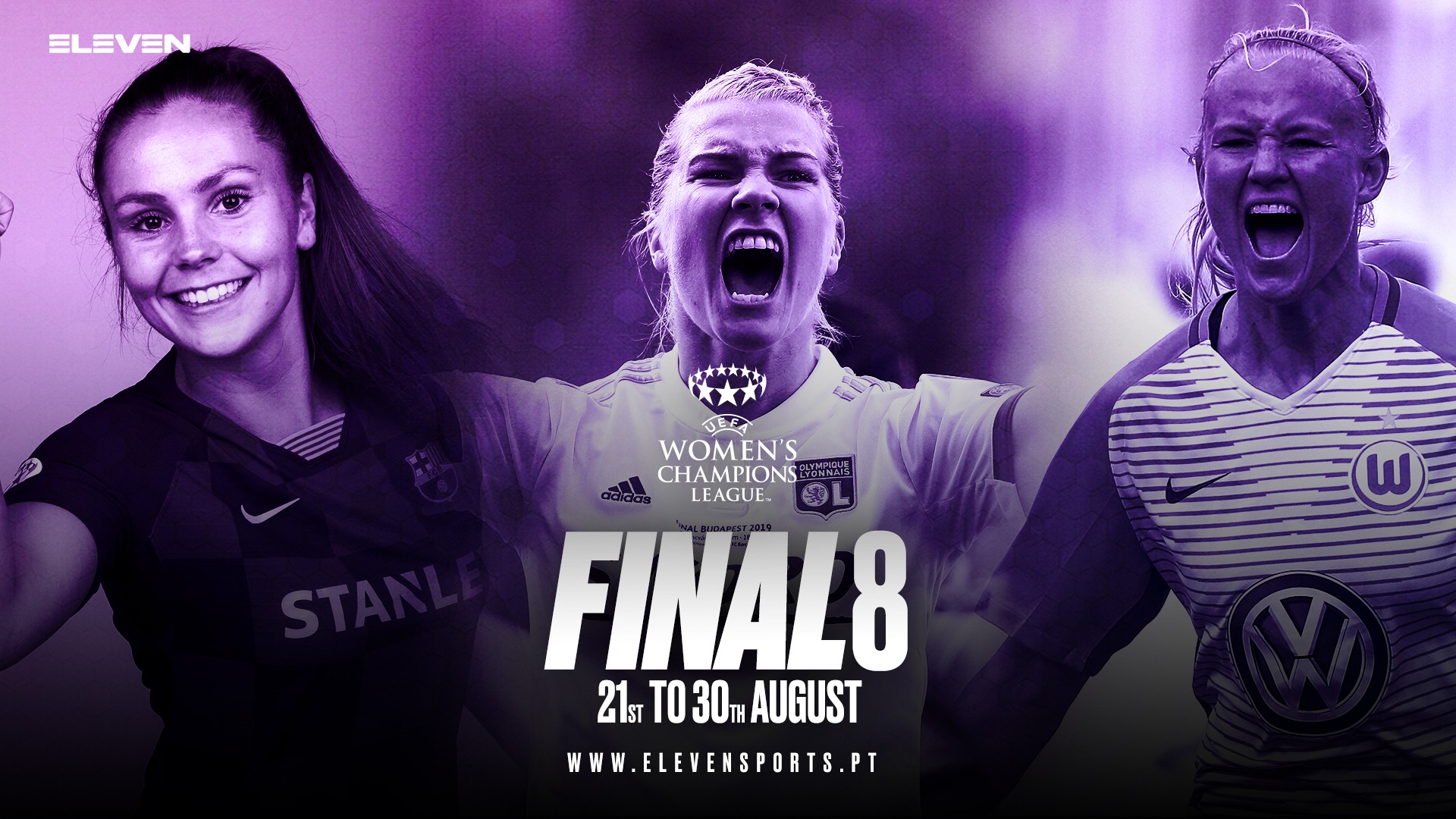 ELEVEN SPORTS Portugal will broadcast the final rounds of the UEFA Women’s Champions League, starting with the quarter finals on 21 & 22 August,  across its OTT and linear platforms.

ELEVEN, who are currently broadcasting the men’s competition on home soil in Lisbon, will bring fans all the action from Women’s Champions League final rounds from 21st August.

ELEVEN viewers will be able to enjoy quarter-final clashes between Atlético Madrid and Barcelona, Lyon vs Bayern Munich and Arsenal vs Paris Saint-Germain. ELEVEN will then broadcast the semi-finals on August 25th and the final on August 30th.The matches will take place in Spain, at Bilbao’s San Mamés and the Anoeta Stadium in San Sebastián.

The move follows ELEVEN’s announcement earlier this month that it is set to build a dedicated ELEVEN Women content platform, which will bring together the best LIVE action from across women’s sport. As part of this commitment, ELEVEN SPORTS Belgium will be delivering comprehensive coverage of the Belgian Women’s Super League for the next five seasons, starting later this month.

Jorge Pavão de Sousa, Managing Director of ELEVEN SPORTS Portugal, added: “We’re delighted to supplement our offering of the UEFA Champions League with the UEFA Women’s Champions League in the coming weeks. We’re committed to building out a really compelling portfolio of women’s sport in the coming months and this is an important step in that journey.”