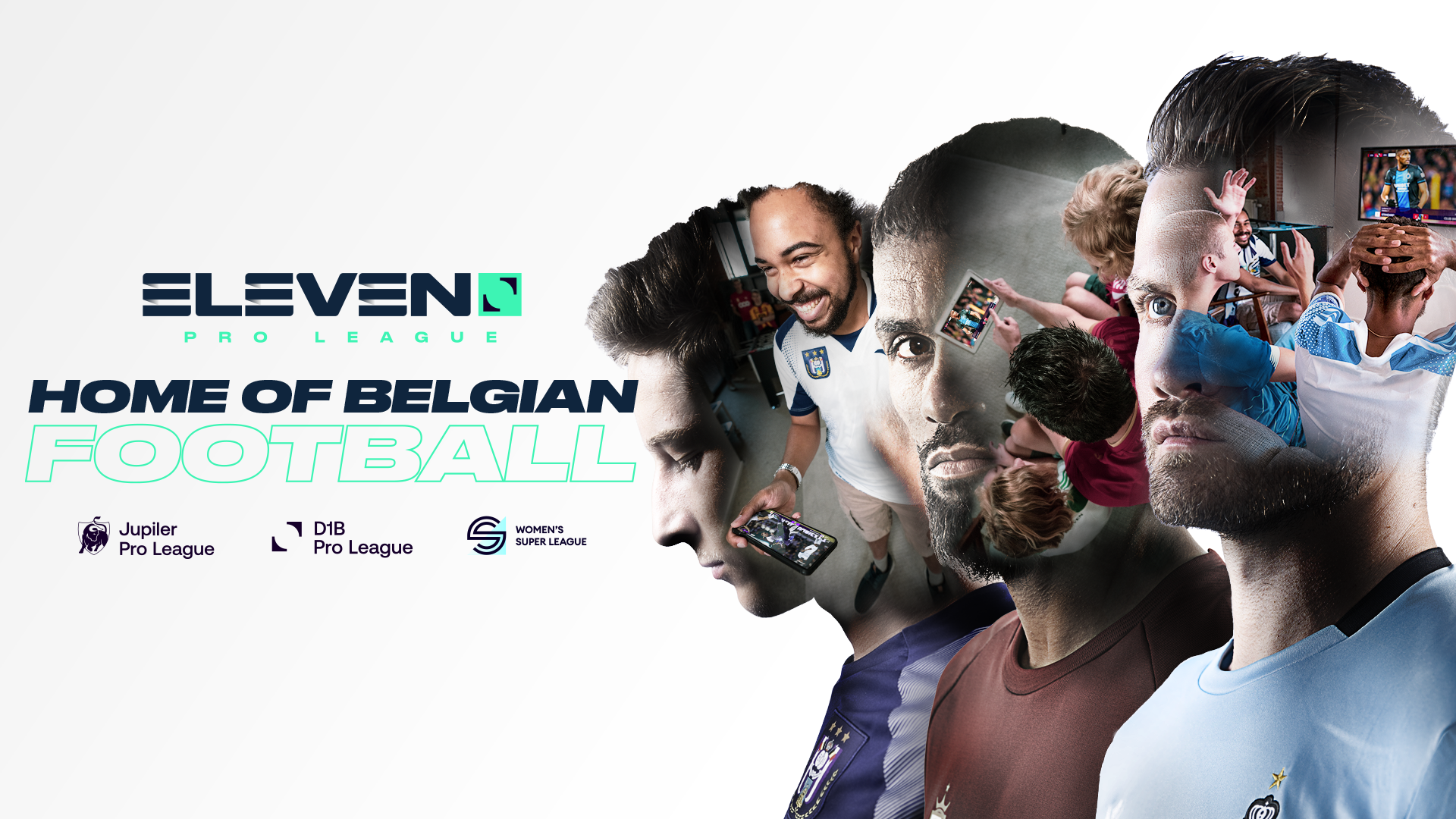 ELEVEN SPORTS Belgium has agreed a trio of new partnerships for its Home of Belgian football offering.

ELEVEN SPORTS has secured a content partnership with Flemish public service broadcaster VRT for the Belgian Pro League. The deal will see VRT continue to broadcast its Monday evening Pro League magazine show – Extra Time- in addition to showing regular highlights from the top tier of Belgian women’s football for the first time. VRT’s Sporza will also provide live radio commentary of the Pro League and share highlights packages from the Pro League via its digital platforms every Sunday evening. As part of the collaboration, Sporza reporters and commentators including Filip Joos, Peter Vandenbempt andAster Nzeyimana will contribute to ELEVEN’s Pro League coverage.

ELEVEN SPORTS have also reached an agreement with TÉLÉSAT and TVVLAANDEREN to broadcast Eleven’s three new Pro League channels. TÉLÉSAT and TVVLAANDEREN subscribers will be able to enjoy all the action from the ProLeague, 1B Pro League, Women’s Super League, Supercopa and ePro League as well as host of non-live programming as part of their basic TV packages for the next five seasons.

In addition, ELEVEN SPORTS has tied up a new distribution deal with VOO, which will see VOO bring Eleven’s three Pro League channels to its customers. ‍

“Making Belgian football accessible to as many fans as possible has been one of our strategic priorities since the start of our 'Home of BelgianFootball' project. We are therefore very happy to be have completed a host of new distribution partnerships to bring Belgian football to fans across the country.”

The new distribution deals come in addition to previously announced partnerships with Proximus and Orange. All deals were in place for the opening Pro League weekend.