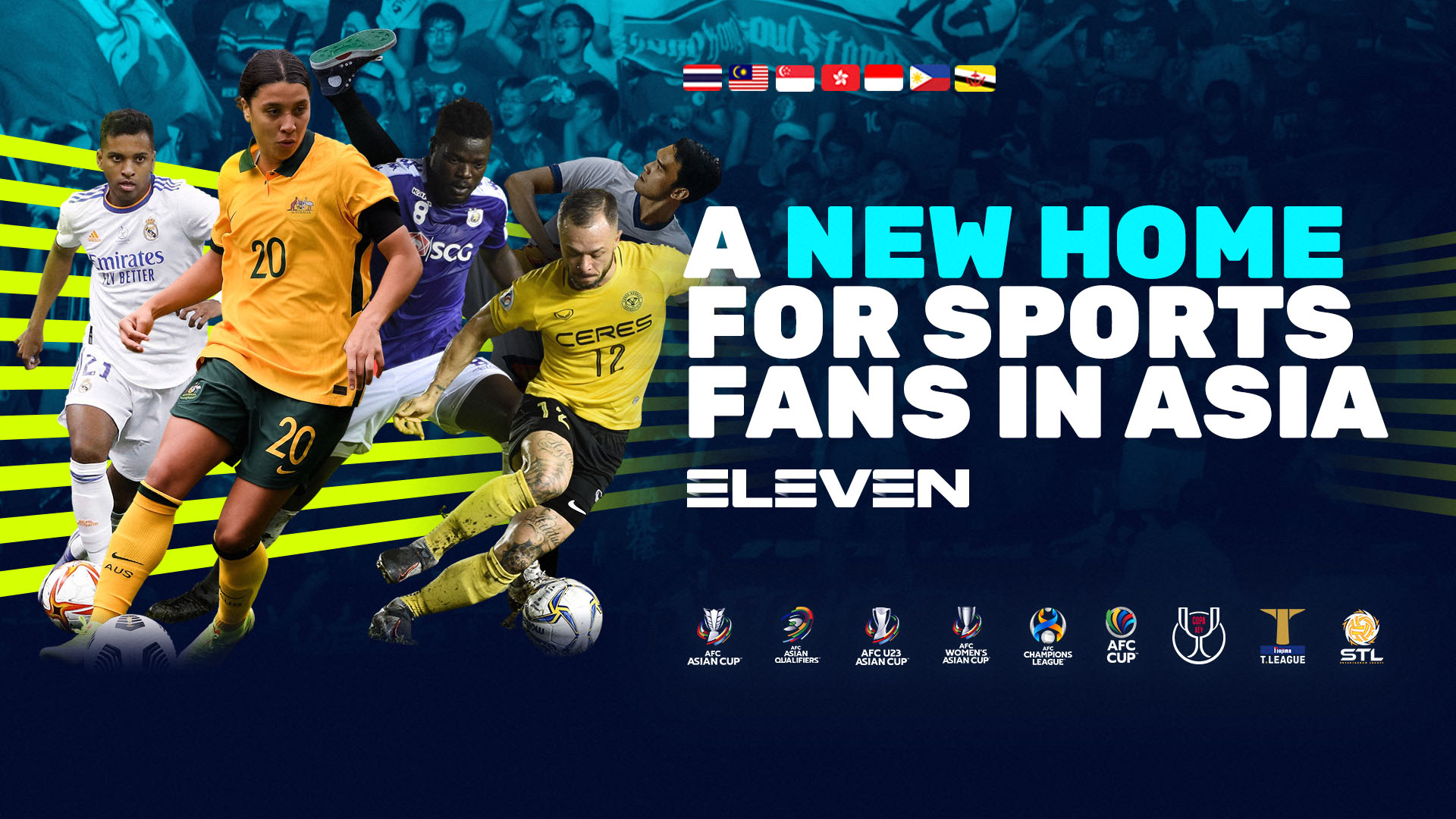 ELEVEN is building out its portfolio in Southeast Asia and Hong Kong with a focus on local and locally relevant content that will deliver over 2,000 hours of live sport to fans in 2022.

ELEVEN has secured the rights to Spain’s Copa del Rey, the Malaysian SPL Sepak Takraw League (STL), international badminton, table tennis and a roster of international cricket. Table tennis, badminton and cricket will be served up to fans in Thailand, Malaysia, Singapore, Hong Kong, Indonesia, the Philippines and Brunei Darussalam. Live coverage of this season’s Copa del Rey and STL will also be available on ELEVEN across the region with the exception of Malaysia and Brunei Darussalam.

ELEVEN's Copa del Rey coverage gets underway on Thursday 20th January with Round of 16 matchups featuring the likes of Real Madrid and Barcelona.

An extensive package of European badminton will be streamed on ELEVEN this month, with a total of 19 European events set to be served up during the course of2022.

An extensive package of international cricket will also be available on ELEVEN this year. Cricket fans will be able to see Tests, ODIs and T20s featuring the top sides in the world including India, South Africa, Australia, England, Bangladesh, New Zealand, the West Indies and Ireland.

ELEVEN has secured a four-year deal for the STL. Coverage of the 2022 season commenced on January 7th.

The deals build on ELEVEN's acquisition of Asian Football Confederation rights in 2021. A big month of AFC action gets underway on Thursday with the kick-off of the AFC Asian Women’s Cup. AFC Asian Qualifiers – Road to Qatar™ matches  then return on January 27th. ELEVEN will show every game from both competitions in Thailand, Malaysia, Singapore, Hong Kong, the Philippines and Brunei Darussalam.

More sports and more football content are set to be added to ELEVEN's platforms in the coming weeks as ELEVEN establishes itself as a dynamic new home for fans in the region.

Nick Wilkinson, Asia-Pacific Managing Director, The ELEVEN Group, said: “We are excited to be growing our operations across Southeast Asia and Hong Kong with a compelling mix of local and locally relevant content. Our ambition is to offer our audiences a really dynamic new service to follow the sport they love. The partnerships that we have negotiated so far mean we are well on the way to delivering on this mission. We will be working to expand our portfolio of rights significantly in the coming months.”

ELEVEN has been available to fans in Thailand and Hong Kong since November 2021 and launched its offering in Malaysia, Indonesia, Singapore, Brunei Darussalam and the Philippines in January 2022.

ELEVEN is employing an OTT first approach in all Southeast Asia markets and Hong Kong, with its pioneering proprietary streaming platform ElevenSports.com at the heart of its offering. The Group's streaming service is due to be supplemented by partnerships with local linear operators in the near future to make content as accessible to fans as possible.

ELEVEN will be tailored to each market. Local teams will be installed in core territories, with ELEVEN's Southeast Asia operations headquartered across Singapore and Kuala Lumpur. Local commentary teams will be recruited to engage viewers with authentic and impactful programming in the near future.

Team Whistle, the US sports media and entertainment company acquired by the ELEVEN Group last year, is bringing its award-winning production capabilities to the new network of platforms and will be creating content that champions ELEVEN's live rights and engages younger audiences.

All ELEVEN content is currently free to fans. A competitively priced subscription service is due to launch to coincide with coverage of the AFC World Cup Qualifiers towards the end of the month.

ELEVEN's expansion in Asia builds on the success of its operations in Taiwan and Japan in recent years. In Taiwan, ELEVEN offers fans a mix of premium local and international sport including the CPBL (Taiwanese Baseball), the NPL (Japanese Baseball), the English Premier League, and the NBA. In Japan, ELEVEN employs an OTT-only service for its local baseball rights. ELEVEN's activities in Asia are supplemented by fellow Aser Ventures media platform LIVENow, which has a growing OTT operation in Singapore.