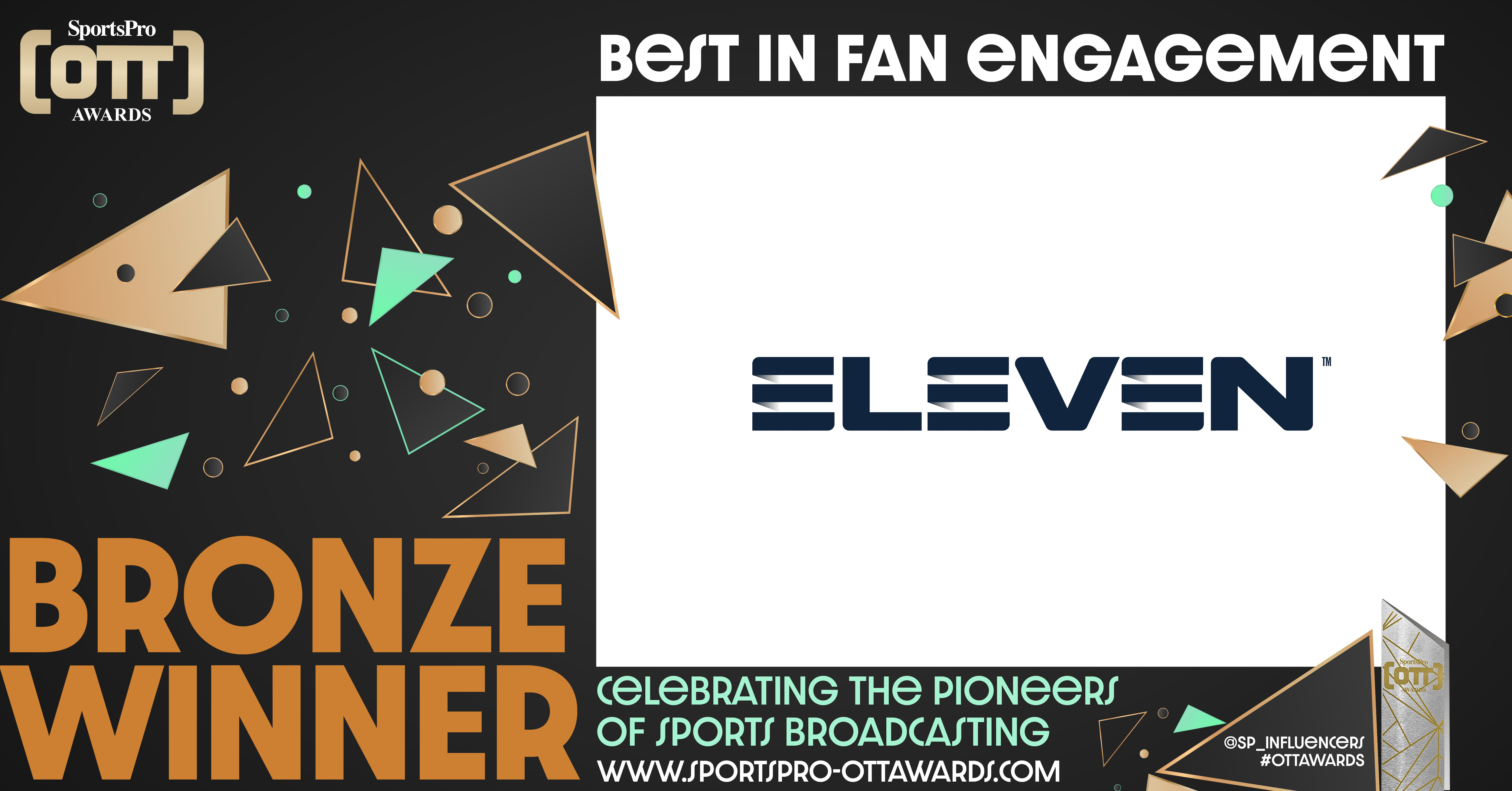 The ELEVEN Group has been recognised at the Sports Pro OTT Awards for its marketing and content creation capabilities.

ELEVEN received the Bronze Award for Best in Fan Engagement for its Home of Belgian football project. The judges recognised ELEVEN´s innovative marketing campaign to engage football fans with the best of the Pro League. The campaign included a partnership withPanini, to create the first ever complete digital archive of Belgian football stickers and give fans the chance to create their own ultimate ELEVEN DreamTeam.

ELEVEN´s studio arm NEO Studios was awarded Best Original Content for its documentary The Giants. The show tells the story of four Hawaiian sumo wrestlers who travelled to Japan to become legends of the sport. The award praised the show’s ability to bring the ancient sport of sumo to a new audience.

The Sports Pro OTT awards is a prestigious annual event, which celebrates the best of the sports media industry. This year's ceremony took place at the Tottenham Hotspur Stadium onMonday night.