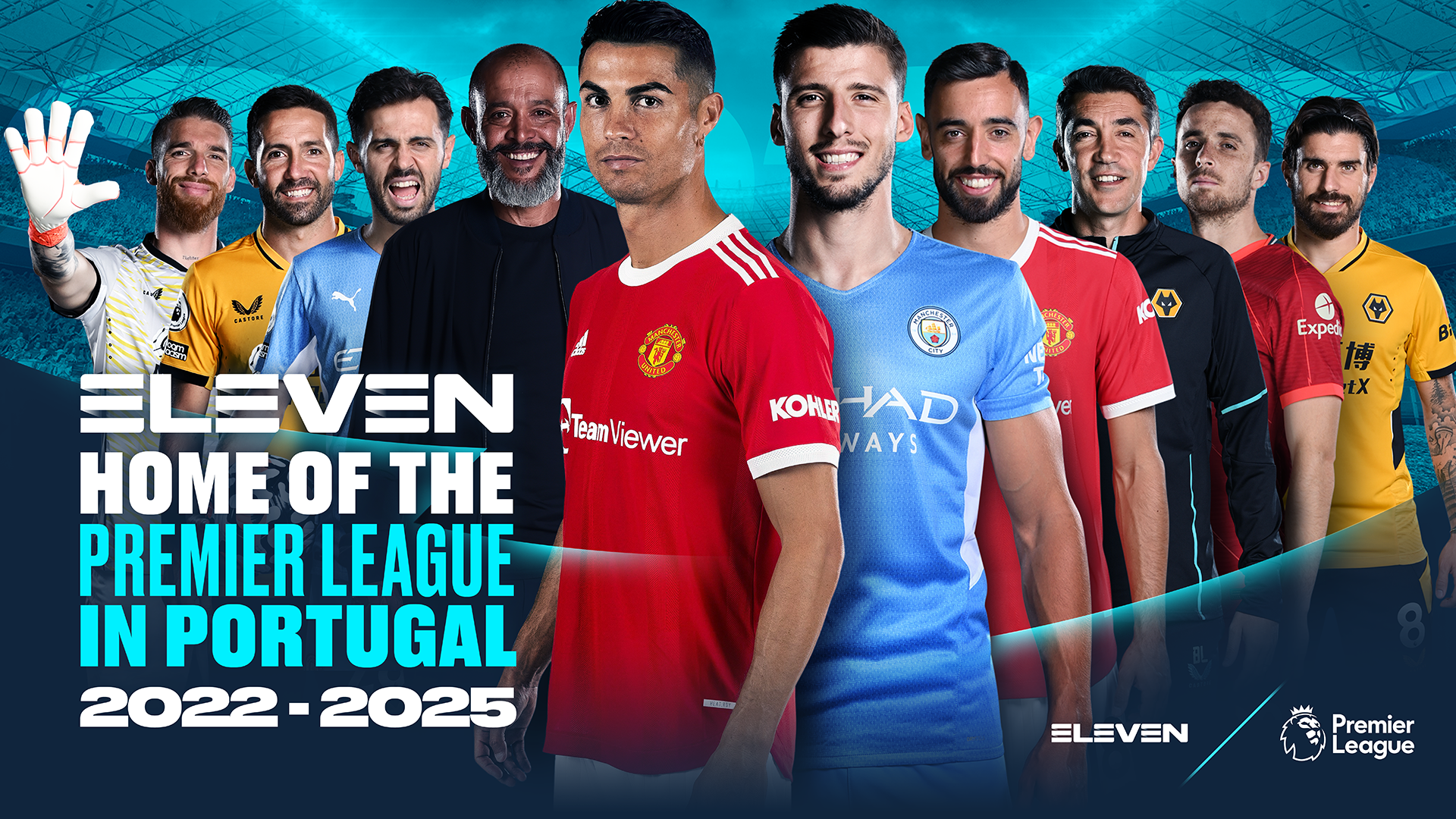 ELEVEN Portugal has secured the rights to the English Premier League for three seasons from 2022-23.

ELEVEN will deliver LIVE and EXCLUSIVE coverage of every Premier League match across its linear and D2C channels. It will be the first time all 380 games each season will be made available to fans live in Portugal.

As well as having access to some of the greatest clubs and players in world football every week, fans will be able to follow the fortunes of a host of Portuguese stars on ELEVEN. Cristiano Ronaldo and Bruno Fernandes at Manchester United, Bernardo Silva and Ruben Dias at Manchester City, Diogo Jota at Liverpool, João Moutinho at Wolverhampton, and Nuno Espírito Santo at Tottenham Hotspur are amongst the legion of Portuguese players and coaches currently playing their trade in the Premier League.

ELEVEN´s live coverage of every minute of the Premier League will be supplemented by expert analysis, local commentary, and interviews with the biggest names in the game.

Jorge Pavão de Sousa, Managing Director,ELEVEN Portugal, said: “We are delighted to be partnering with the Premier League to deliver every match across our linear, digital and social media platforms for the next three seasons. The Premier League is one of the greatest competitions in the world and the fact that so many iconic Portuguese players and coaches are there makes it even more special. This is a milestone addition to our portfolio and a key step in us delivering on our mission to be the ultimate home of sport and entertainment for Portuguese fans.”

ELEVEN Portugal´s new partnership with the Premier League is set to create exciting new opportunities for synergies with Leeds United. Both ELEVEN and Leeds are part of the leading sports and media investment platform Aser Ventures.