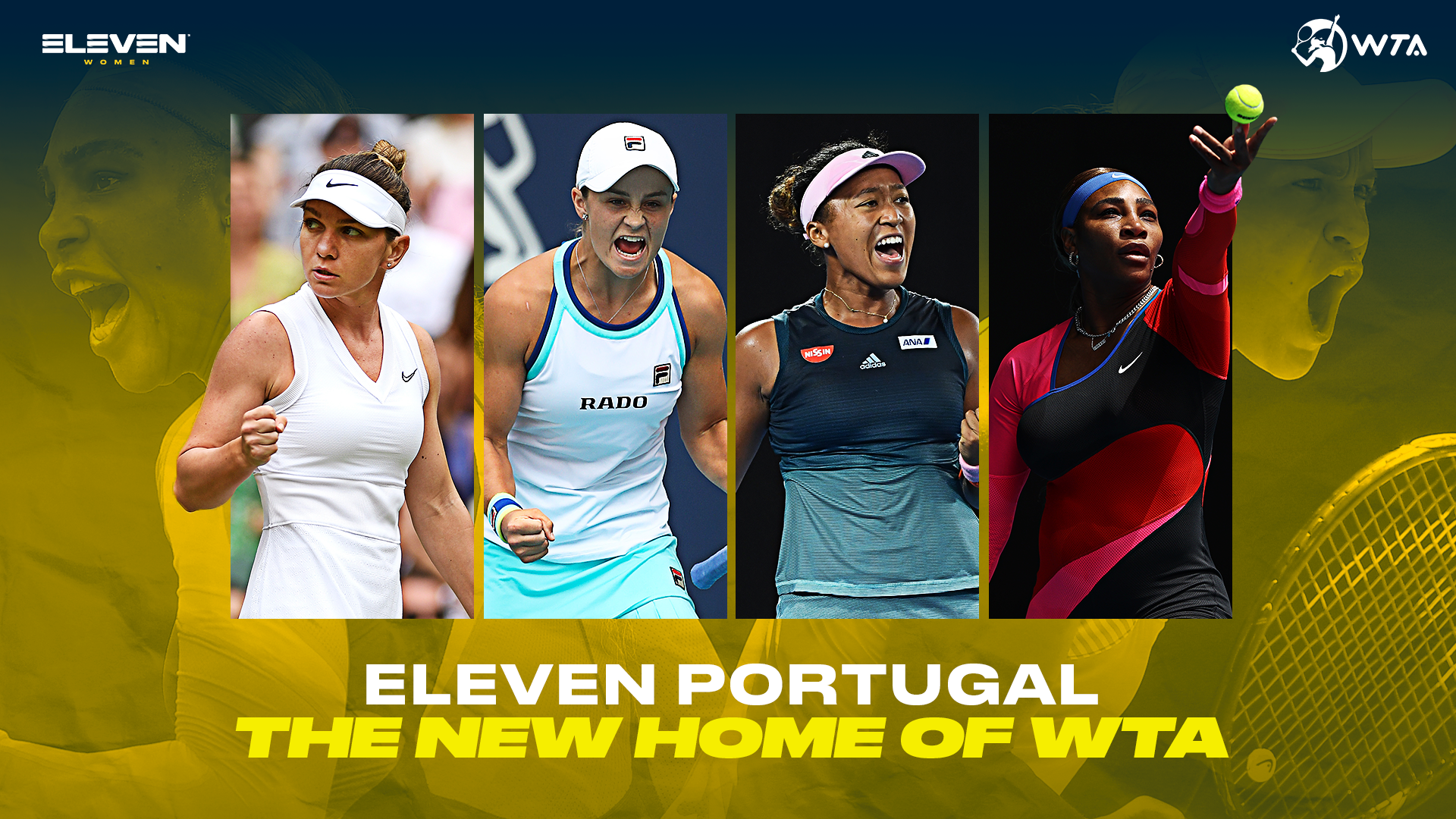 ELEVEN has secured Women's Tennis Association rights in Portugal for three seasons, from 2021-23.

ELEVEN will broadcast the WTA Finals and WTA 1000 tournaments LIVE across its linear and digital channels, making a total of 10 tournaments each season available to Portuguese tennis fans.

The WTA rights will sit alongside ELEVEN’s ATP 250 coverage and a host of premium LIVE sport including the UEFA Champions League, LaLiga, Bundesliga F1 and NFL.

Micky Lawler, WTA President, added: “We are thrilled that the WTA will be part of ELEVEN’s new broadcast line-up. We look forward to bringing the very best of women’s tennis to the screens of our Portuguese fans.”

ELEVEN announced in August 2020 plans to build a dedicated ELEVEN Women content platform, which will bring together the best LIVE action from across women’s sport. The programme is currently being built, with ELEVEN Belgium offering fans comprehensive coverage of the Belgian Women’s Super League for the next five seasons and ELEVEN Portugal broadcasting the final rounds of the UEFA Women’s Champions League in 2020.