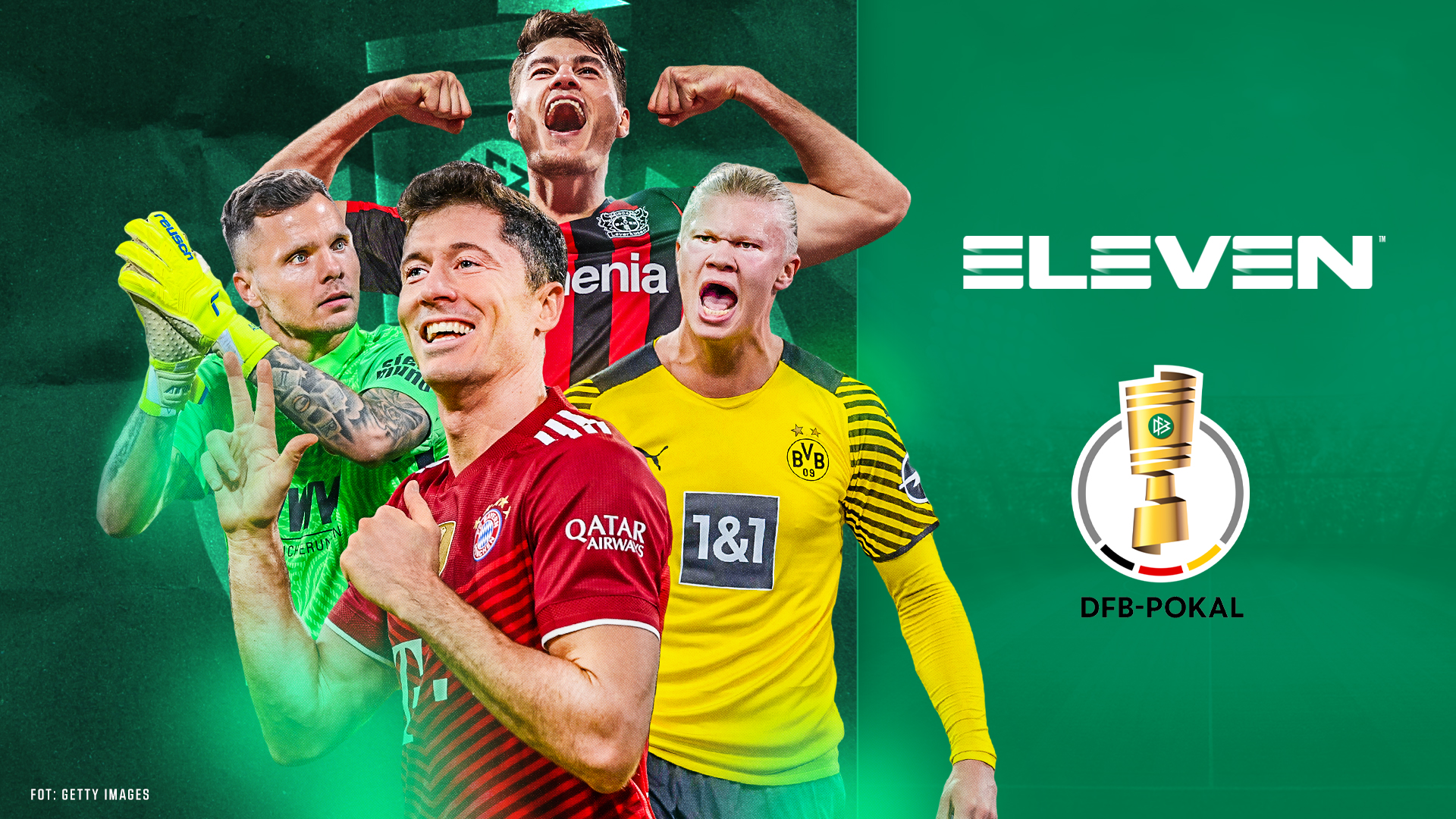 ELEVEN Poland has secured live and exclusive rights to the DFB-Pokal German Cup. The deal will run for four seasons from August this year until 2026.

Germany's premier domestic cup competition brings together 64 teams each season, including all clubs from the Bundesliga and the 2.Bundesliga.

Polish fans will enjoy every round of the knock-out competition on ELEVEN. They will be able to keep close tabs on the cup's Polish contingent, including Robert Lewandowski, Rafał Gikiewicz, Robert Gumny and Marcin Kamiński as well as the likes of Erling Haaland, Serge Gnabry, Joshua Kimmich, Christopher Nkunku, Patrick Schick and Florian Wirtz.

Krzysztof Świergiel, ELEVEN Poland MD, said: “Securing the live and exclusive rights to the German Cup is a fantastic way to kick off 2022 for ELEVEN Poland. We would like to thank the DFB for their partnership and look forward to working with them to champion Germany’s leading cup competition to Polish fans for the next four seasons.”

Dr. Holger Blask, CEO of DFB GmbH, added: “We are thrilled to partner with ELEVEN to bring the best of the DFB-Pokal to fans of German football in Poland. With its passionate football audience and innovative broadcasting style, ELEVEN offers the perfect platform for our unique and emotional cup competition, allowing us to further increase the international reach of the DFB-Pokal and the participating clubs and players."

ELEVEN Poland will add the German Cup to a portfolio of live football that already includes Serie A, LaLiga Santander, Ligue 1 UberEats, Liga Portugal, the Emirates FA Cup, the Carabao Cup and more.