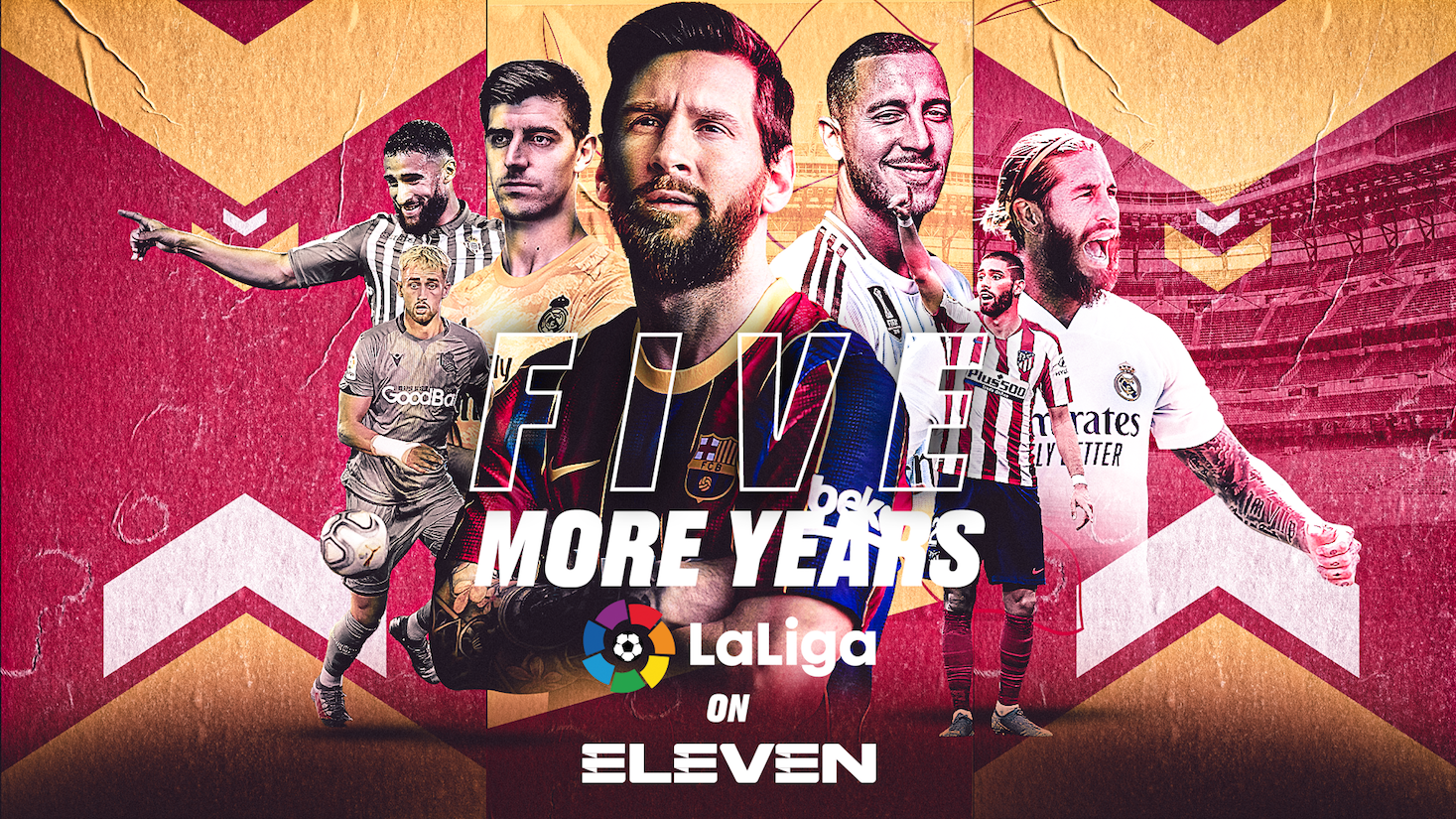 ELEVEN SPORTS Poland will be the home of LaLiga Santander for the next five seasons, alongside CANAL+.

ELEVEN, who have held the rights to LaLiga in Poland since 2015, will continue to deliver five LaLiga matches LIVE to Spanish football fans each weekend. The five additional games will be sublicensed to CANAL+.

ELEVEN and CANAL+ will alternate first picks each matchday. Every El Clasico league fixture between Barcelona and Real Madrid will be shown simultaneously across both platforms.

One fixture each week from Spain’s second tier LaLiga SmartBank will also be available from both ELEVEN and CANAL+.

‍Krzysztof Świergiel, ELEVEN SPORTS Poland Managing Director, said: "LaLiga has been a very important part of ELEVEN Poland’s programming offer since the very start. So we are delighted to be able to guarantee fans more top action from one of the greatest leagues in the world for another five seasons across our linear channels and OTT service. We look forward to continuing to work with LaLiga in the years ahead.”

The ELEVEN group and LaLiga work together to bring the best of Spanish football to fans in Belgium, Luxembourg and Portugal too.