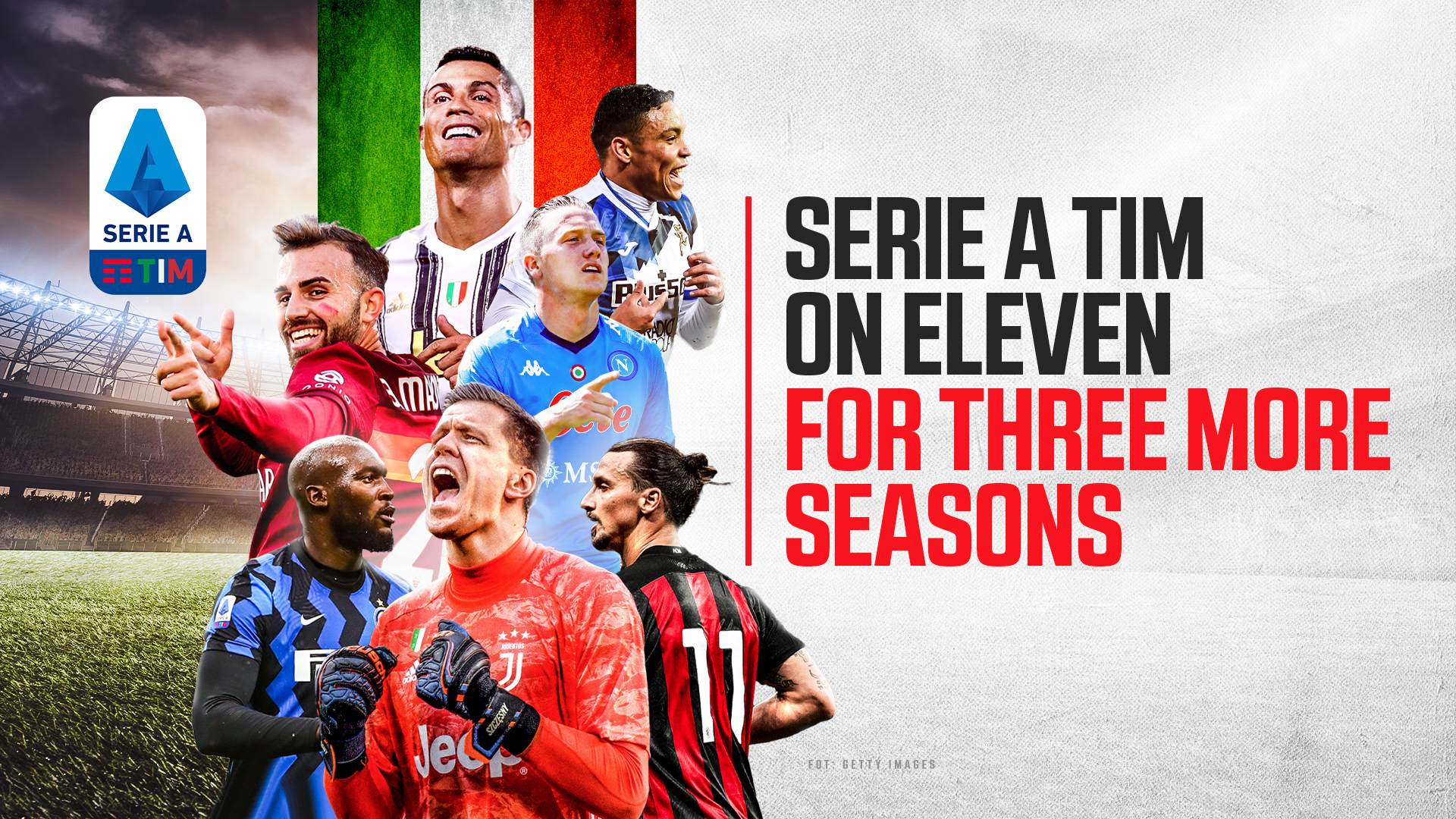 ELEVEN SPORTS will continue to bring Serie A TIM LIVE and EXCLUSIVELY to fans in Poland until 2023/24, following the agreement of a new three-year deal.

In addition to serving up the best LIVE matchdays, ELEVEN Poland will bring fans the latest Serie A news and goals in their studio shows Eleven Gol Live and Eleven Gol.

ELEVEN Poland has held Serie A rights since it first launched in 2015 and the league has consistently drawn a dedicated audience - with Poland internationals Piotr Zieliński, Wojciech Szczęsny and Bartosz Bereszyński in action alongside the likes of Cristiano Ronaldo, Romelu Lukaku and Zlatan Ibrahimović.

Krzysztof Świergiel, Managing Director, ELEVEN Poland, said: “Italian football has been at the heart of our programming at ELEVEN since we launched in 2015, and we’re excited to continue to be able to offer Serie A to our fans for the next three seasons. With some of Poland’s top players in action in Serie A and the league’s many iconic clubs and rivalries, we’re looking forward to bringing more top class football to fans in the years ahead.”

Guillaume Collard, ELEVEN Group Chief Rights Acquisition Officer, added: “We were delighted to get this deal done and secure Serie A for ELEVEN’s Polish audience for another three years. The ELEVEN Group has a long history of collaboration with Serie A and this deal further strengthens our partnership.”