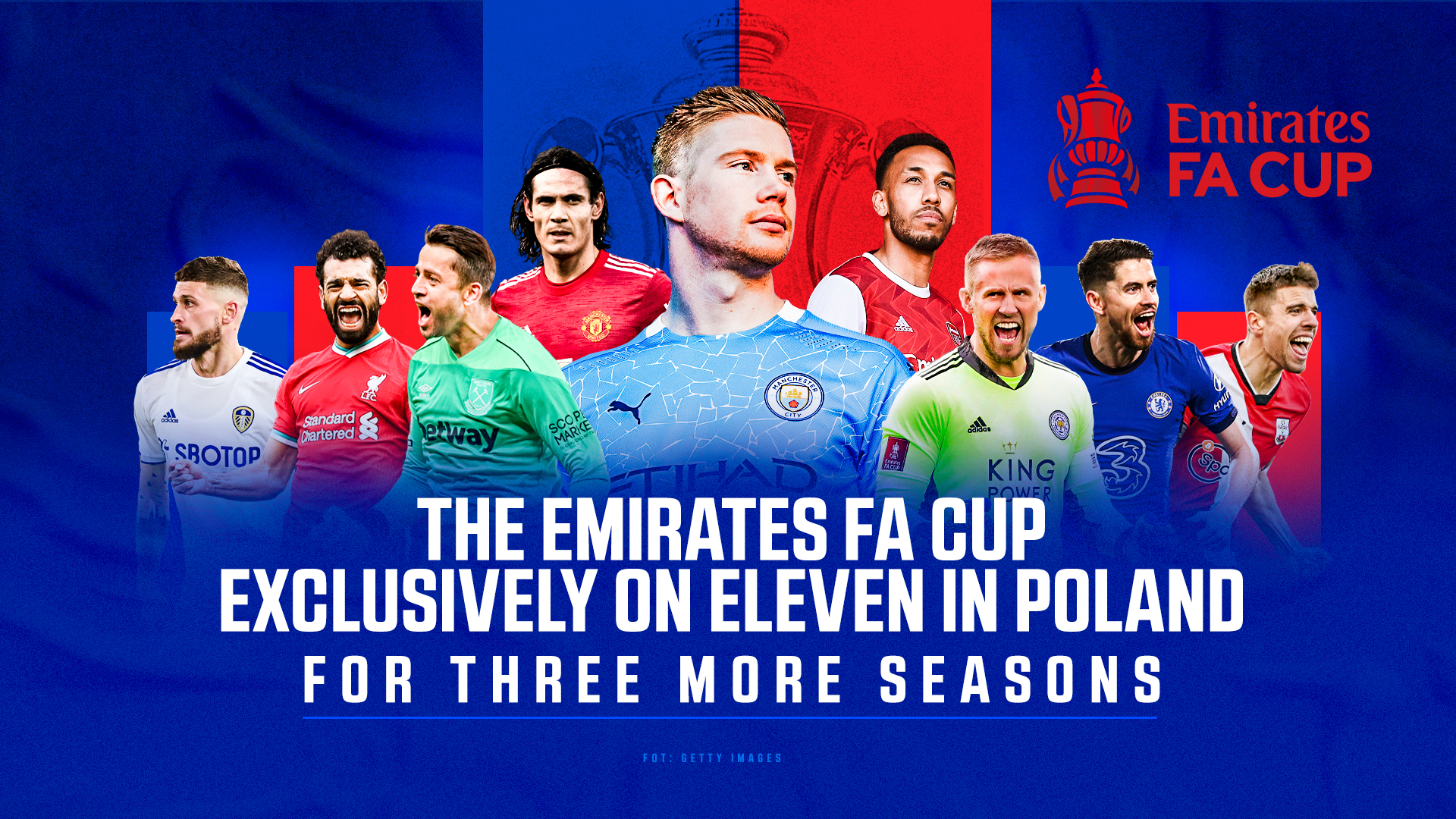 ELEVEN Poland has renewed its exclusive rights to broadcast The Emirates FA Cup until 2023/24. ELEVEN will also bring the FA Community Shield to Polish fans for the next three seasons.

Polish viewers have been able to follow the world’s oldest club competition on ELEVEN since the platform launched in 2015. In addition to featuring some of the greatest clubs in European football, next season’s FA Cup will see several Polish stars in action including West Ham’s Lukasz Fabianski, Southampton’s Jan Bednarek and Leeds United’s Mateusz Klich.

Krzysztof Świergiel, Managing Director, ELEVEN Poland, said: “The Emirates FA Cup is one of the most iconic competitions in football and it’s a key part of our rights portfolio in Poland. The fact that Polish players like Lukasz Fabianski, Jan Bednarek and Mateusz Klich are set to feature in the competition again this season makes it an even more attractive proposition for our audience.”

Guillaume Collard, ELEVEN Group Chief Rights Acquisition Officer, added: “We were delighted to get this deal done, to keep the Emirates FA Cup on ELEVEN for another three seasons. We would like to thank the English FA for their trust in our operations and look forward to continuing to champion this historic competition in the years ahead.”