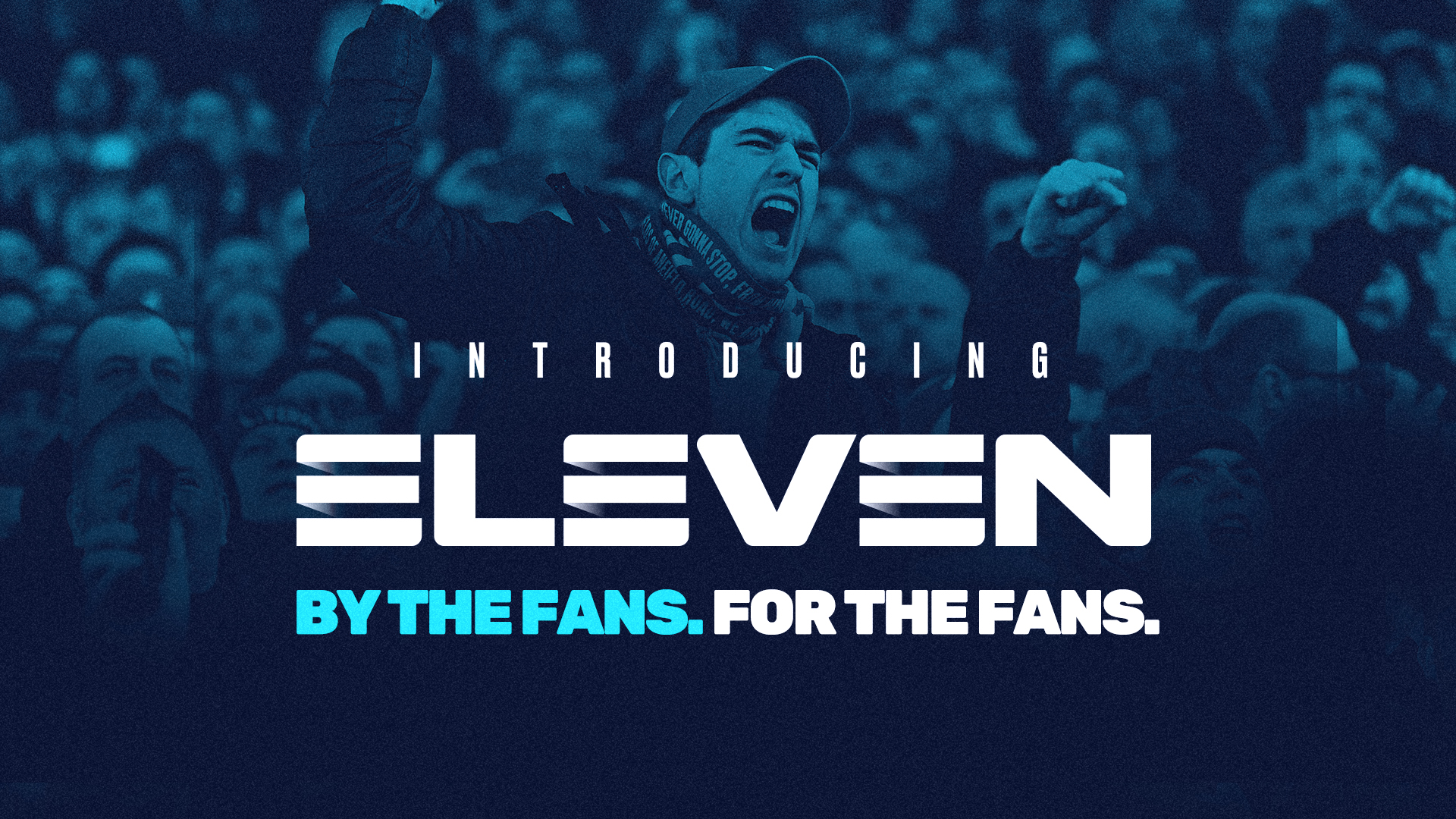 ELEVEN SPORTS is marking its fifth anniversary with a rebrand that lays the foundations for its ambitious growth plans.

‍Under the new ELEVEN brand umbrella, the group’s ‘2.0 strategy’ will see ELEVEN expand its offering with a host of new content streams and plans to grow its digital ecosystem with the aim of democratising sports content for fans across the world.

Since launching in 2015, ELEVEN has been disrupting the traditional media landscape with a fan first, platform agnostic service that gives fans access to the best LIVE action whenever and wherever they want to consume it.To date ELEVEN has established itself as a leading sports provider in Belgium,Luxembourg, Poland, Portugal, Italy, Taiwan, Japan and Myanmar. The group’s portfolio includes top competitions like LaLiga, Bundesliga, Serie A, thePremier League, UEFA Champions League, F1 and the NBA as well as a host of local sports rights in each market.

ELEVEN’s 2.0 launch will initially focus on the group’s European markets of Belgium, Portugal and Italy with additional territories to follow in early 2021.

ELEVEN SPORTS’ OTT and social platforms will continue to be the cornerstone of ELEVEN’s long-term strategy. In addition to ELEVEN’s regional platforms, the group will launch a new digital global hub later this year to deliver a wealth of new sport content to fans around the world.

Under the new ELEVEN umbrella, ELEVEN SPORTS will remain the flagship brand and will continue to offer the best LIVE sport to fans across the group.August 2020 will see ELEVEN SPORTS deliver top tier domestic football inBelgium for the first time and ELEVEN SPORTS Portugal will host the ChampionsLeague final rounds in Lisbon later in the month. There are ambitious content plans to secure more premium rights for fans across ELEVEN’s key markets in the months ahead.

The big news is that ELEVEN will also be extending its content portfolio with the launch of three new verticals:

● ELEVENWOMEN will showcase the best of women’s sport from around the world. ELEVENWOMEN will offer fans regular coverage of the Belgian Women’s Super Leaguefor the first time, with a wider programme of global rights already in development.

● ELEVENNEXT will shine a light on more local sport, delivering for dedicated communities of fans around the world. This builds on the group’s longtail strategy in Italy, where ELEVEN SPORTS is streaming all the action from Serie C and Serie D to fans for the first time.

● A new ELEVEN ESPORTS platform will see ELEVEN double down on its virtual offering. ELEVEN streamed over 200 eSports events for fans during the Covid-19 lockdown and will now build out a premium eSports destination. ‍

ELEVEN SPORTS CEO Luis Vicente said: “Andrea Radrizzani, Marc Watson and the rest of our founding group launched ELEVEN SPORTS in 2015 with the belief that there was a market for a new type of sports platform that could deliver for fans in a more flexible, fun and accessible way.

“Over the past five years that’s what they have created, together with our 400+ amazing members of staff. We’ve built a global community of fans, a world-class portfolio of rights and a host of platform innovations that differentiate us from our competitors. We have disrupted the status quo to democratize access to the best sport content and delivered on our mission to be fully platform-agnostic and fan-centric.

“We are now the guardians of this amazing legacy and our ELEVEN 2.0approach will build on the fantastic work that’s already been done. With our new ELEVEN 2.0 strategy, we’re going to accelerate our journey with thousands of hours of additional LIVE content every year, an innovative digital first and data led approach and continuous investment in Premium rights alongside new investment in Longtail and Newtail rights in virtual and traditional sports. We are convinced about the massive untapped potential in the new brand verticals we’ve announced and we are excited about the opportunities we can deliver for more sports, athletes and fans around the world, in a true spirit of co-creation and joint venture.

“More than ever, we are building the most varied, most dynamic content offering possible and a destination to serve all fans with the content they want, at the time they want and wherever they are. More than ever, we stand by the fans and for the fans”