ELEVEN BELGIUM TO PARTNER WITH SERIE A FOR THREE MORE SEASONS 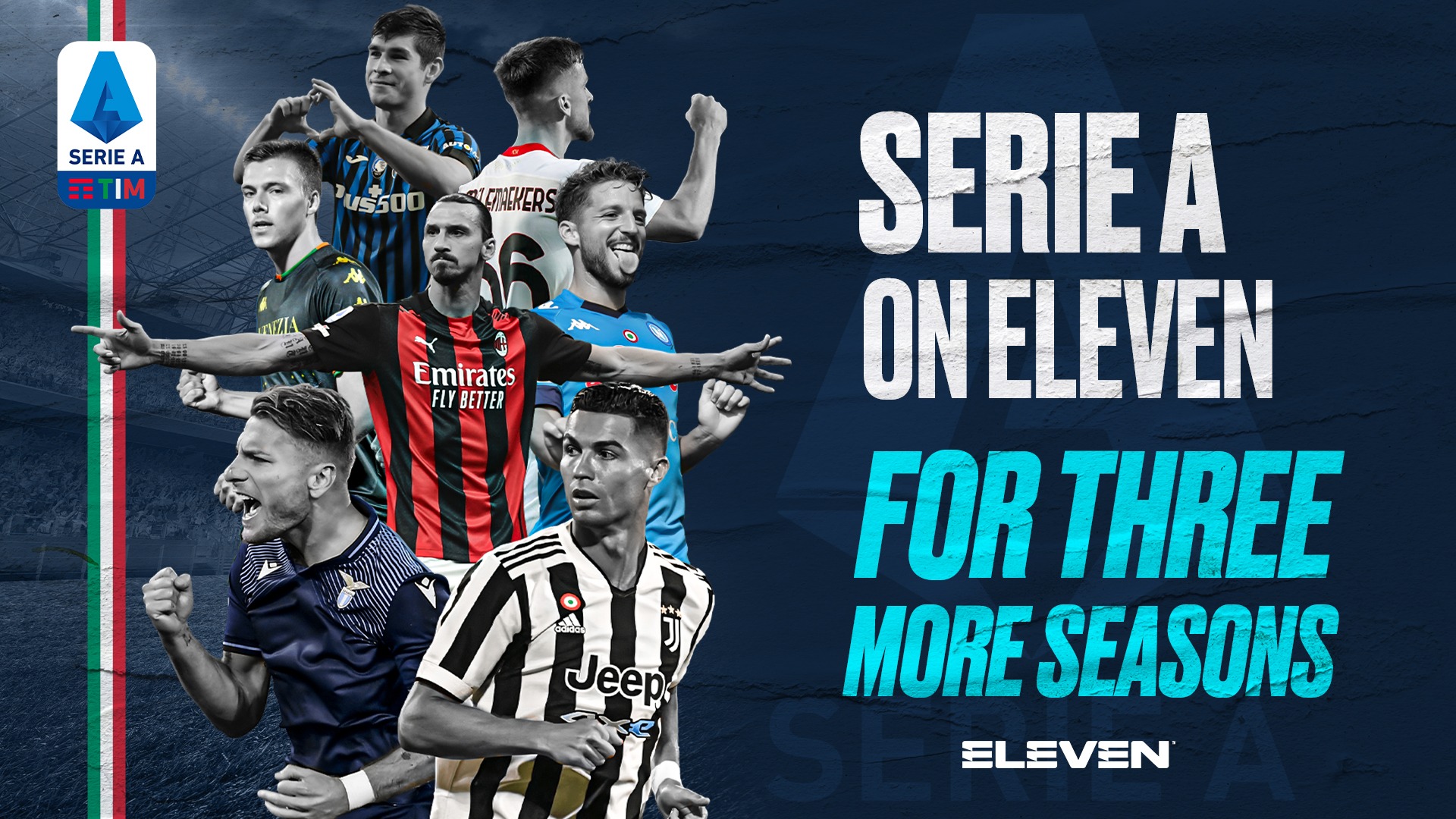 ELEVEN will continue to bring Serie A LIVE and EXCLUSIVELY to fans in Belgium until 2023/24, following the completion of a new three-year deal.

ELEVEN Belgium has been the home of Serie A since the platform’s launch in 2015 - bringing audiences comprehensive coverage of Italy’s top league across its linear and digital channels. The new deal further cements ELEVEN’s long standing partnership with Serie A, at a time when the Italian top tier has a stronger Belgian following than ever.

As well as being home to the Euro 2020 champions and a host of iconic clubs and players, Serie A boasts a significant Belgian contingent. Alexis Saelemaekers (AC Milan), Dries Mertens (Napoli) and Daan Heymans (Venezia) all ply their trade in Italy, alongside a number of young and emerging Belgian players.

Guillaume Collard, ELEVEN Belgium & Luxembourg Managing Director and ELEVEN Group Chief Rights Acquisitions Officer, said:  “The ELEVEN Group has a long history of collaboration with Serie A and this deal further strengthens our partnership. Serie A is one of the strongest competitions in Europe and the fact there is an important Belgian dimension to the league makes it even more attractive to our audience. We’re delighted to continue to be bringing the best of Italian football to fans for another three seasons.”

The deal bolsters ELEVEN Belgium’s leading portfolio of football rights. Audiences already enjoy live and exclusive coverage of LaLiga, Bundesliga and the FA Cup with ELEVEN, alongside top international football. ELEVEN Belgium have also been the Home of Belgian football since 2020/21 with domestic rights to the Pro League, Women's Super League, esports league and more.