ELEVEN BELGIUM LAUNCHES COMMERCIAL OFFERING FOR ALL BARS AND RESTAURANTS 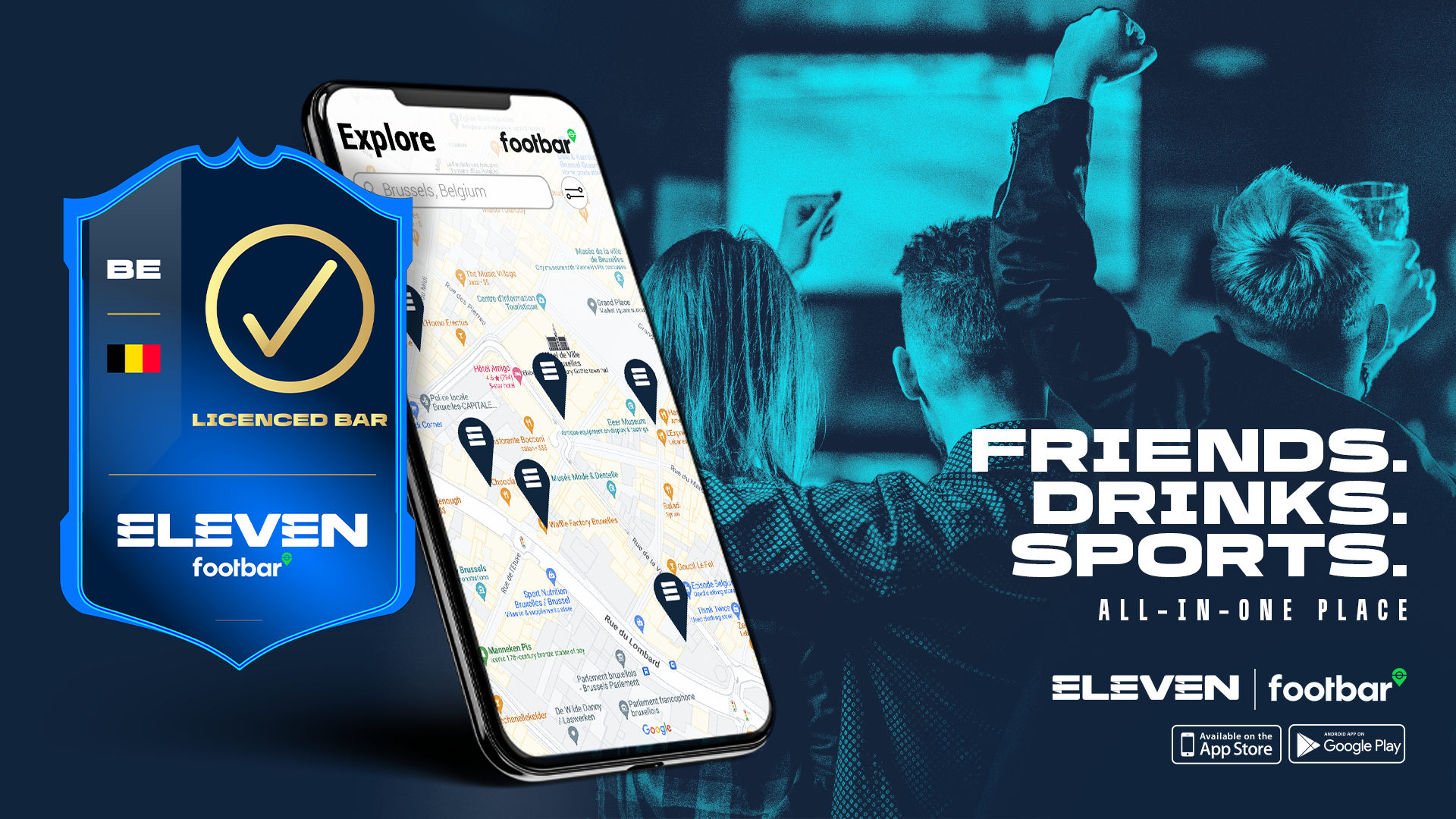 A recent study (*) shows that more than 25% of Belgian sports fans over the age of 16 watch at least one sports event per month in a bar, and more than half of these fans say that they choose their establishment based on the content shown. With the Jupiler Pro League being the most popular competition in Belgium, live broadcasting of sporting events in bars and restaurants is therefore a key part of the sector's activity in the country.

With the acquisition of the rights to the Jupiler Pro League, ELEVEN Belgium offers the most complete sports package in the country, including live coverage of La Liga, Serie A, Bundesliga, the English cups, MLS, FIFA World Cup and UEFA European Championship qualifiers, the NBA, NFL, and more.

On average, around 3,000 events are broadcast on ELEVEN Belgium’s channels each year, reaching up to 1 million fans per weekend.

For the "commercial" use and all "public broadcasts" of ELEVEN Belgium’s channels in their establishments, bar and restaurant owners will now have to subscribe to a specific licence, as has been the case for many years in a number of European countries. This applies from the coming Jupiler Pro League season starting on Friday July 22. This licence will be based on an objective parameter: the size of the establishment (m).

This licence is required in addition to a subscription to a sports package with a telecom operator. As such, nothing changes for establishments regarding gaining access to ELEVEN's content.

A series of new services will enable bar and restaurant owners to make the most of this offering. Among other things, ELEVEN will launch a new application called "Footbar", which will become available to all member establishments this summer. The application will allow fans to easily identify which bars and restaurants are showing ELEVEN’s content and the broadcasting schedule in each premises. Bar and restaurant owners will be able to easily communicate to customers any activities and promotions they are planning in order to maximise attendance in their establishment.

The application will be available free of charge to all consumers via the Google Play Store and the Apple App Store.

This licence will be required from 22 July 2022. Registrations must be made via the unique platform b2b.elevensports.be.

In order to give all bars and restaurants sufficient time to complete the licensing process, ELEVEN Belgium is introducing a transition period until 31 August 2022. This means that for all registrations made, the licence will only be due and collected from September 2022.

In addition, any establishment which completes the registration before 31 August will be provided with one month free. Bars and restaurants that opt to pay for their licence via an annual payment will further benefit from an additional month's discount.

Bars and restaurants that have not subscribed to this licence at the start of the championship will no longer be in good standing. A control body will be appointed to ensure that ELEVEN’s rights are respected.