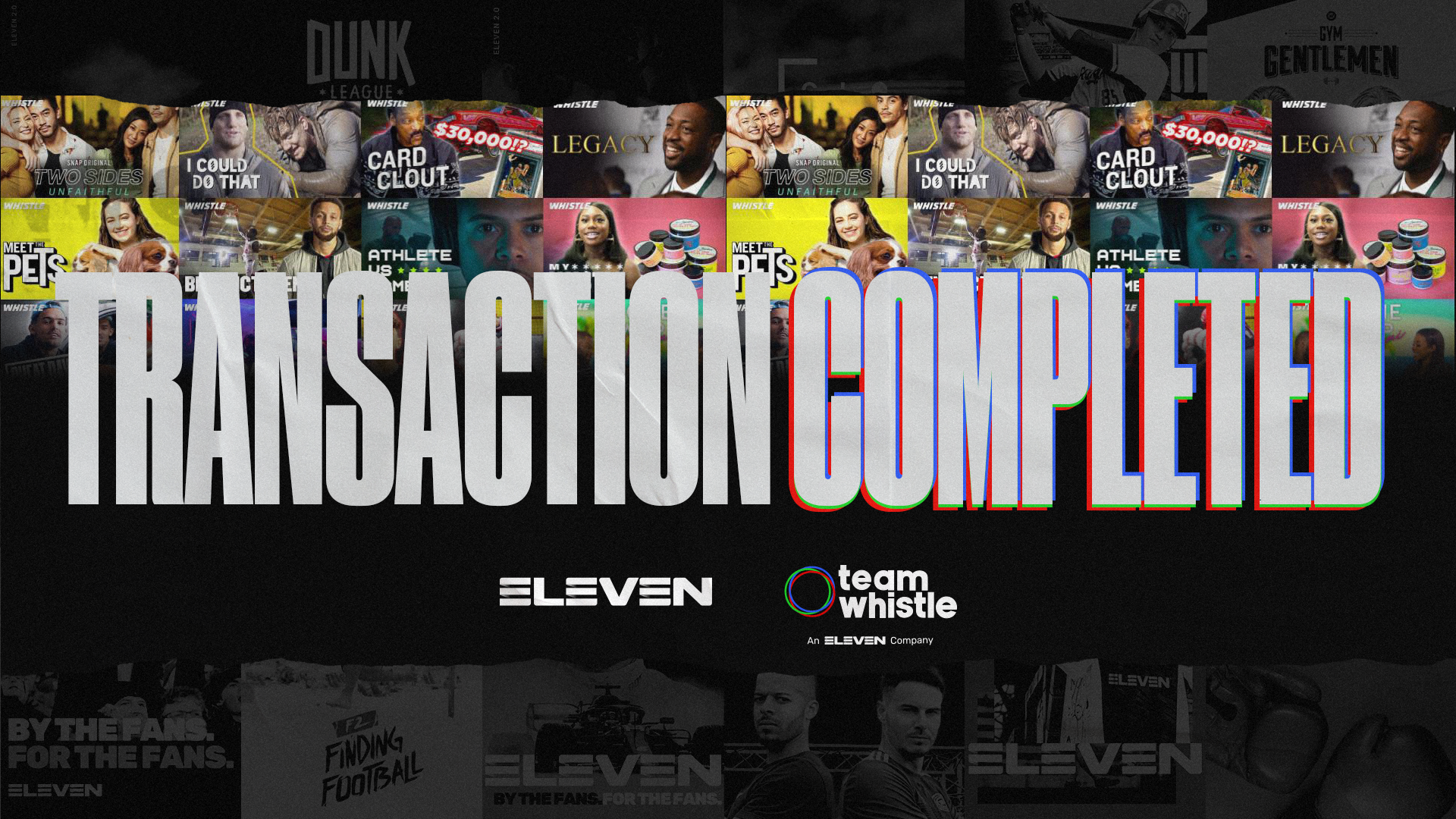 ELEVEN SPORTS is delighted to confirm that its acquisition of Team Whistle is now formally completed, following regulatory approval.

The newly expanded ELEVEN Group builds on the strong performance of ELEVEN SPORTS’ operations in Europe and Asia and Team Whistle in North America, in the face of Covid-19. Pro forma revenues for the combined Group will be in excess of US$300million for the financial year ending June 30th, 2021.

The ELEVEN Group’s shared mission is to build a service that delivers for fans everywhere, across multiple channels. From LIVE coverage of the world’s biggest sporting events, to local sport for underserved communities of fans, to on-demand programming from Team Whistle's award winning original content and leading creators such as Dude Perfect and F2 Freestylers.

ELEVEN’s plans for a world-wide network began with the acquisition of streaming platform MyCujoo in November 2020. The acquisition of MyCujoo is the basis for a new global ElevenSports.com platform, which will launch with a focus on niche-premium and longtail sport. Welcoming Team Whistle to the Group is another key milestone in realising ELEVEN’s international ambitions.