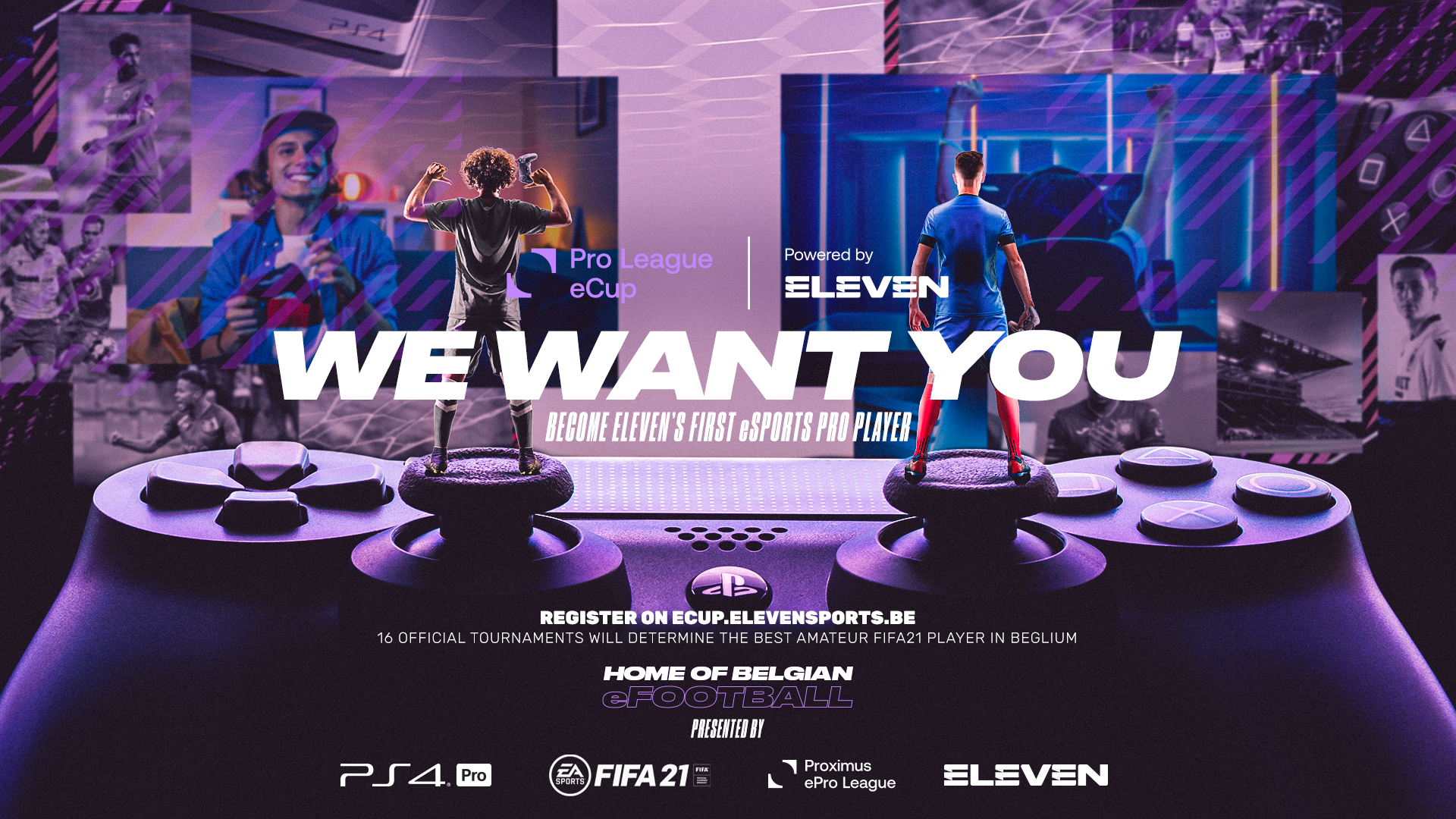 ELEVEN SPORTS Belgium have come together with the Pro League to launch their esports campaign for Belgian football fans for 2020/21.

E-players from the 18 Jupiler Pro League club will go head-to-head in the Proximus ePro League. Games will mirror the Pro League season, with virtual matches played ahead of the corresponding Pro League fixture. A series of knockout rounds will then find a winner. For the first time this season, all games will be broadcast LIVE on ELEVEN’s Pro League channels and on YouTube. Live broadcasts will be accompanied by highlights and analysis.

Thanks to a collaboration with Sporza and La Dernière Heure, fans will also have the chance to challenge each other directly this season, in the new Pro League ECup. The winner of the competition - which is open to all Pro League fans - will receive a gaming contract for the 2021-2022 season with ELEVEN.

Guillaume Collard, Managing Director of ELEVEN Belgium and Luxembourg and Head of Acquisitions of the ELEVEN Group, said: “The launch of the Proximus ePro League and the Pro League eCup is the final piece in our Home of Belgian Football project. It gives fans the chance to watch the virtual performances of their clubs LIVE every week for the first time, as well as the opportunity to get involved directly in their own tournament.”

Pierre François, CEO of the Pro League, added: “In this third season, the Proximus ePro League is entering a new phase. Proximus will remain on board as a loyal partner, but the support of our media partner ELEVEN SPORTS means that we can strengthen and renew our e-sports story. The launch of the Pro League eCup will be a real event. Any e-player will be able to participate. We are confident that this will provide wonderful matches and surprises and will only make our e-sports community bigger. ”

The move bolsters ELEVEN’s growing esports offering. ELEVEN has organised and broadcast hundreds of esports competitions across its network in 2020 and will develop a dedicated ELEVEN ESPORTS content vertical as part of the launch of its global platform in 2021.