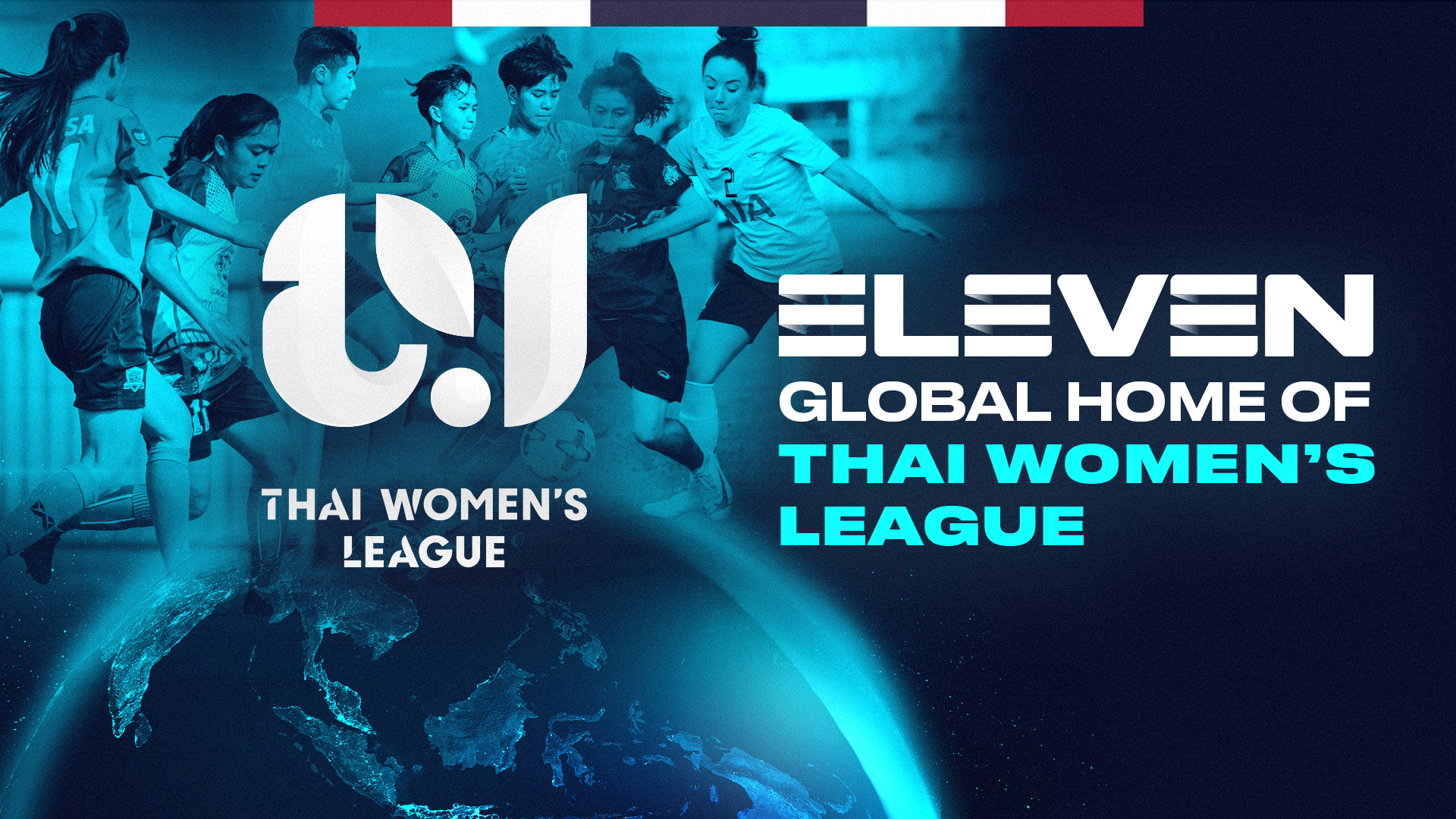 ELEVEN has secured exclusive worldwide live rights for the Thai Women's League for three seasons, from 2022 - 2024.

LIVE coverage of the Thai Women’s League will be available exclusively from 28 May 2022 via ELEVEN's global OTT platform elevensports.com, as well as locally on ELEVEN’s platforms across South East Asia and Hong Kong. ELEVEN Thailand will be the league’s domestic home.

To help support the growth of competition, games will be delivered for free with registration to ELEVEN with other matches available on a subscription basis.

Nick Wilkinson, Asia Managing Director, The ELEVEN Group, said: "We’re delighted to announce this agreement for the Thai Women’s League, to further strengthen our compelling mix of local and locally relevant content for fans in South East Asia and Hong Kong. We look forward to working with the Football Association of Thailand to champion the competition to fans across the region and globally.”

Somyot Poompanmoung, President of the Football Association of Thailand said “We’re excited to work with ELEVEN on a new chapter for Thai women’s football, and this agreement will give fans unprecedented access to the Thai Women’s League domestically, across South East Asia, and worldwide. Over the next three years we have a great opportunity to increase the visibility of the women’s game, including the ability to engage new fans via a free-to-watch game every matchday.”

ELEVEN has been available to fans in Thailand and Hong Kong since November 2021 and launched its offering in Malaysia, Indonesia, Singapore, Brunei Darussalam and the Philippines in January 2022.

ELEVEN is employing an OTT first approach in all South East Asia markets and Hong Kong, with its pioneering proprietary streaming technology at the heart of its offering. ELEVEN’s streaming service is due to be supplemented by partnerships with local linear operators in relevant markets in the near future to make content as accessible to fans as possible.

ELEVEN's expansion in Asia builds on the success of its operations in Taiwan and Japan in recent years.