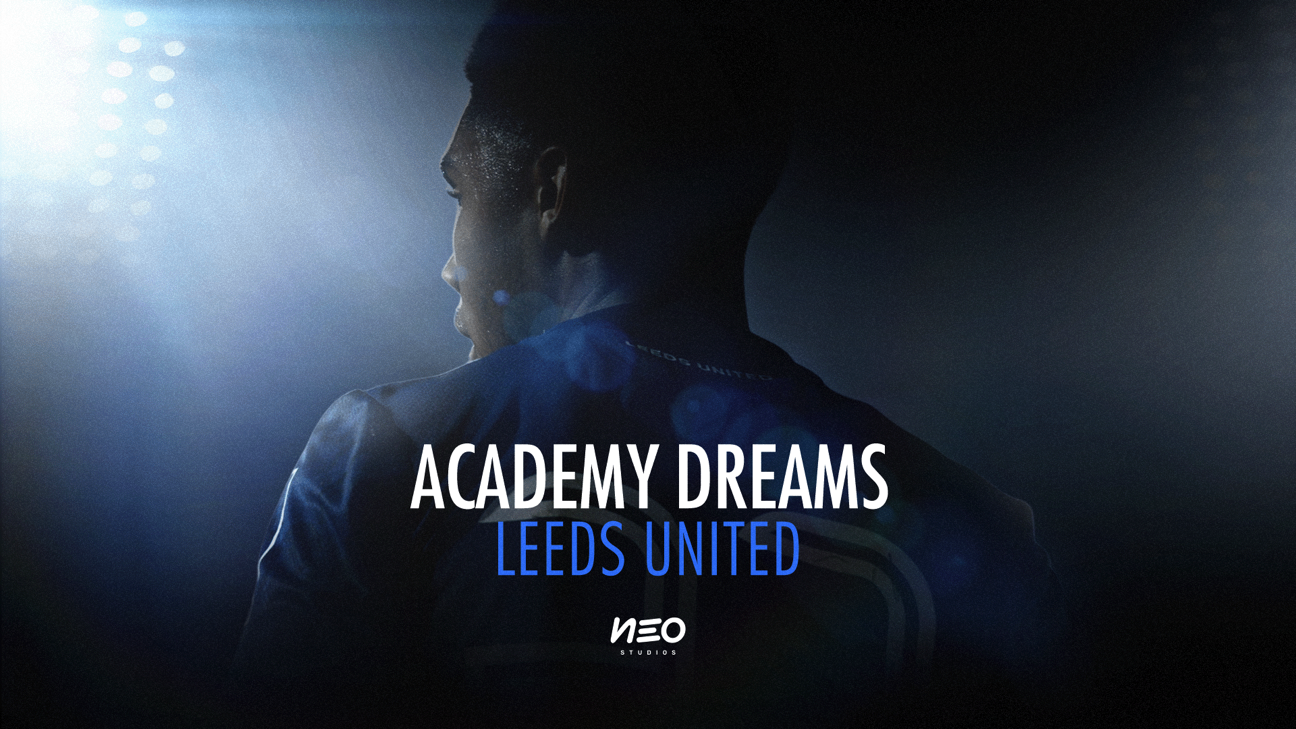 The continuing success of Leeds United’s academy as a production line for the Premier League’s senior team takes centre stage in the new six-part documentary series “Academy Dreams: Leeds United”, releasing exclusively on PrimeVideo in the UK and Ireland on 23 September.

A NEO Studios production, Academy Dreams: Leeds United is the product of behind-the-scenes access to Leeds United’s players and staff across a year of filming. The series is narrated by former Leeds United player and actor Vinnie Jones.

The episodes give viewers a backstage pass to Leeds United’s Thorp Arch academy during the 2021-22 campaign, and gives a fascinating insight into the highs and lows of young players as they make their way in the professional game. The series provides a focus on established academy graduates such as senior England international and local Kalvin Phillips, and breakthrough talents including Joe Gelhardt, Sam Greenwood, and Crysencio Summerville, all of whom signed new contracts with Leeds United earlier this month.

In a campaign marred by injuries, Leeds United broke the Premier League record for the highest number of teenage debutants in a single season. As the documentary reveals, that trust in youth pays off and ensures the club’s top tier status, with academy graduates Kalvin Phillips and Joe Gelhardt helping steer the club to safety on the heart-stopping final day of the 2021-22 season.

Anouk Mertens, NEO StudiosGlobal CEO, said: “NEO Studios previously shone alight on one of English football’s great institutions in our acclaimed and award-winning documentary “Leeds United: Take Us Home”. We’re thrilled to return to the club, providing unparalleled access in uncovering the skill, dedication, and occasional luck required for young players to make their mark in an elite team in the world’s most watched football league. We’re delighted to once again be working with Prime Video in the UK and Ireland to bring this series to their audience.”

Angus Kinnear, Leeds UnitedFC CEO, said: “The reaction to “Take Us Home”was incredibly positive from fans of Leeds United and other clubs, as they were brought closer to the club than ever before through the eyes of the team, coaches, and staff. We’re rightly proud of our academy continuing to provide our first team with players who identify so closely with Leeds United, and we’re delighted to partner with NEO Studios and Prime Video again to now bring their stories to life.”